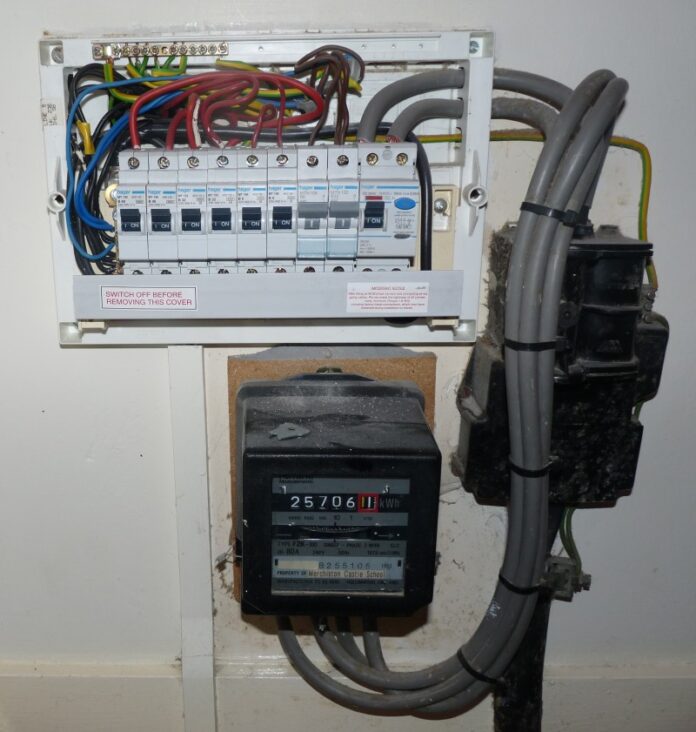 The size and structure of the consumer unit are highly dependent on the size of the building and the type of protection you want from it.

Parts of a consumers unit

The body is the main part of any consumers unit, and the purpose of the body is to give proper support and protection to the devices that are installed inside of it. The body of the consumers unit mainly comes in the following materials:

In the early days, consumers unit body was made with wood, but wooden boxes are obsolete now due to its drawbacks. The professional recommended that the body of any consumer unit must be made with any non-flammable material. So, the team could be saved from fire if overheated consumers.

The next Device used in the consumer unit is called residual current, commonly known as RCD. RCDs are used in any consumer unit to protect humans from electrical shock. The residual current Device continuously monitors the current flowing through it. If the outgoing current increases, then incoming (Feedback) current, then the RCD will trip off and cut off the main supply.

How can RCDs protect you from electrical shock?

If a human accidentally touches a bare wire, then extra current flow through the human. In this case, RCD detects that the value of the outgoing current is higher than the feedback current. As a result, the main supply turns off, and humans will be saved from electrical shock. Once the fault is apparent, you can switch on the RCD-like circuit breaker again.

Read More: Best Techniques To Make Your Study Sessions Enjoyable In Home Base

You should note about RCDs are that you must test your RCD every three months. The testing of RCD will confirm that it is working properly. On the top left corner is a red button on the body of RCD. Once you press the red button, your RCD works correctly if the man supply turns off. If nothing has happened by pressing the red button, it means your RCD is faulted. It would help if you immediately replaced faulty RCDs.

A metal bar or Din Rail

Incomer consumer units: what are they?

The ‘RCD Incomer’ consumers unit is a special type of protection device commonly found in workshops, garages, garden offices, and sheds that do not require many circuits to operate. Consumers units without a ‘Main Switch’ are differentiated from other types.

•      Do I have the option of changing my consumer’s unit myself?

You are not recommended to attempt to replace your own consumer’s unit unless you are a qualified electrician. Professional certification is required for this type of electrical work. Furthermore, if done incorrectly, you may harm yourself and risk the safety of your family and home.

Consumers units that provide four incoming ways are often considered the maximum size of a small board and are commonly used to power outbuildings, extensions, or small dwellings.