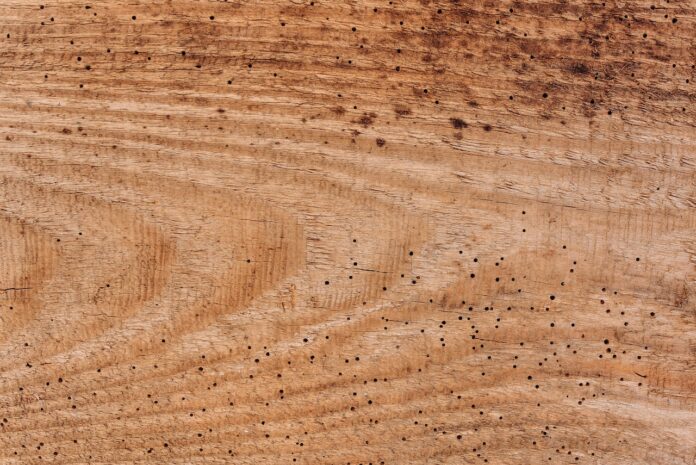 Most people are familiar with termite swarmers emerging from their nests in late spring and summer. While these swarming insects are often the first sign of a termite problem, there is much more to know about these destructive pests. Here are six things you probably didn’t know about termites.

1. Termites Are Social Insects That Live in Colonies

The colony comprises three castes: the reproductives, the soldiers, and the workers. The reproductives include the king and queen, responsible for mate selection and reproduction. The soldiers protect the colony from predators and intruders. The workers comprise the largest group in the colony; their primary responsibility is finding food and building shelter.

These colonies can number hundreds of thousands and occupy large areas underground. A single colony can consume up to 16 grams of wood daily, which is why they are such destructive pests. Also, because they live in colonies, it is difficult to eliminate a termite problem once it has begun.

These 2000 species can be found on every continent except Antarctica. They range in size from tiny insects to large ones over a foot long. Termites are classified into two main groups: dry wood termites and subterranean termites. Most pest species are subterranean termites because they are the most destructive to homes and buildings.

3. Termites Are Closely Related to Cockroaches

While termites may not look like cockroaches, they are very closely related. In fact, termites are sometimes called “white ants” because of their similarity in appearance to ants. Both cockroaches and termites belong to the same order of insects, which is called Blattodea.

This order also includes cockroaches, mantises, and praying mantises. Termites and cockroaches share many similarities, including their eating habits and social structures. However, there are also some major differences between the two groups of insects. For example, termites have different mouthparts that allow them to eat wood, while cockroaches do not.

4. Termites Are Important in the Ecosystem

While they may be destructive pests, termites play an important role in the ecosystem. As detritivores, they help to break down dead plants and trees, which recycle nutrients back into the soil. This is a very important process in forests and other natural ecosystems.

Termites also aerate the soil as they build their nests, which helps to improve drainage and prevent flooding. In addition, their tunnels provide homes for other animals, such as lizards, snakes, and rodents. Termites are an important part of the food chain and provide a food source for many animals.

5. Some Species of Termites Use Tools

One of the most interesting things about termites is that some species use tools. For example, the Nasutitermes Corniger species uses pieces of wood and leaves to build their nests. They also use these materials to create a “door” that they can close off to keep predators out.

Another interesting fact about this species is that they have different castes for different jobs. For example, there are soldiers whose sole purpose is to protect the colony from intruders. Some workers gather food and build nests. This division of labor is very similar to what we see in human societies.

6. Termites Can Cause Serious Damage to Homes and Buildings

While most people think of termites as being a nuisance, they can cause serious damage to homes and buildings. Their ability to eat wood makes them a major threat to wooden structures. Each year, termites cause billions of dollars in damage worldwide.

For this reason, a termite inspection is necessary on any home or building suspected of having a termite problem. If termites are found, it is important to take action immediately to prevent further damage. An exterminator can provide the best course of action to eliminate the termites.

Termites are fascinating creatures that play an important role in the ecosystem. However, they can also be destructive pests that cause billions of dollars in damage yearly. If you suspect that you have a termite problem, it is important to have a professional inspection done as soon as possible.

Everything You Need to Know About Washer-Dryer Combos