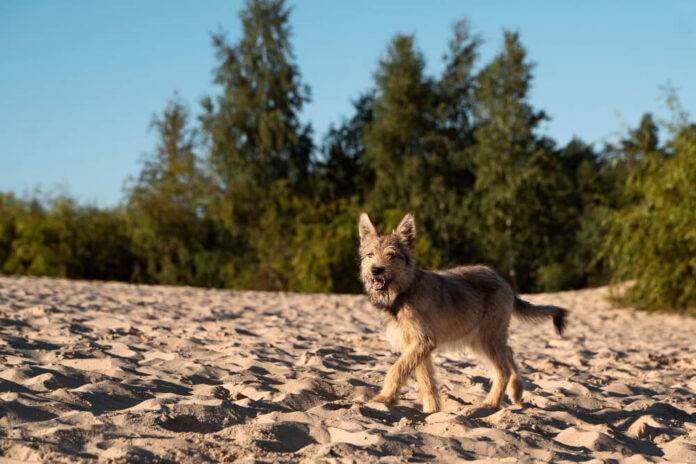 The German Shepherd is also often referred to as the Alsatian Wolf Dog. It was originally developed in the country of Germany for herding sheep.

Max Von Stephanitz was the principal thinker in this field and was specifically looking for canine specimens that aligned with his ideal vision of a working dog.

He finally found that ideal dog at a dog show in the year 1899. He then purchased the dog and named it Horand Von Grafath. He then founded the society for German Shepherd Dogs to promote that breed and similar others.

Horand was, in fact, a sable-colored German Shepherd and became the focal point of the breeding program. Horand had a total of 84 puppies. Extensive inbreeding was needed to secure the characteristics of the breed.

There is no particular difference between a regular German Shepherd and a Sable Shepherd, with the exception of its coat.

German Shepherds are independent, loyal, and playful dogs suitable for owners who have patience and willingness to spend their time and energy on them.

This breed needs to be physically and mentally stimulated all the time in order to have a healthy life – the exact reason why they are popularly used as service dogs.

If they are left in isolation for too long, they become quite aggressive out of frustration and boredom. However, naturally, they are not violent dogs. A few other behavioral characteristics of theirs are:

Bonus: Can Sable German Shepherds get down syndrome?

Well, animals with down syndrome can be any breed, and it is not just limited to any one breed.

The Silver Sable German Shepherd dog is a large dog in general, so usually, their diet tends to be large too.

It is naturally recommended that you feed them a specific diet catered specially for large dog breeds. Always read the instruction stated at the back of the dog food packet to see what serving size of food is generally recommended for feeding a dog based on its weight.

A Silver German Shepherd should consume roughly 1500 calories per day, or 20 calories per pound of body weight, according to experts. It’s around three cups worth of food.

They are usually given high calorie dog food(still recommend referring to the serving sizes mentioned on each packets).

They should be fed three to four times a day while they are still puppies. Their meals ought to be wholesome and nourishing. It ought to have all the vitamins and minerals that a dog of this size requires, as well as proteins, lipids, and carbohydrates.

While feeding your dog high-quality dry kibble is a terrific alternative, some dog owners choose to give their pet raw meat.

What does “Sable” mean for a German Shepherd?

A: Sable The majority of the bodies of German shepherds are covered with a coat with lighter roots and darker tips. Since the tips are often black, the dog appears to be in greyish color.

A: The sable German Shepherd is a distinctive breed of dog that may be distinguished from other German Shepherds by its various hues. This breed has a gene that is known to resemble a wolf gene.

Do Sable German Shepherds get darker?

A: Sable German Shepherd puppies often have a completely black coat at birth. But when they get older—around 8 weeks—their hue will lighten. Even so, until they are completely grown, the color of their coat may gradually lighten or darken again.

A: Intelligence and trainability. As reward-oriented canines, sables are relatively simple to train as long as you know how. The Sable German shepherd is suitable for those who want to study dog training.

To Wrap It Up!

If you are thinking about purchasing a Sable German Shepherd, then I would 100% recommend going for it. Their high energy and friendly nature make them perfect companions.

Thank you for reading up till here! I hope you found the information useful.

Why Aussiedoodles Puppies are Great Option for First Time User

Dog Treadmill: Getting Enough Exercise for Your Dog is no Longer a Problem!

The Unusual German Shepherd: What Should You Know About It?