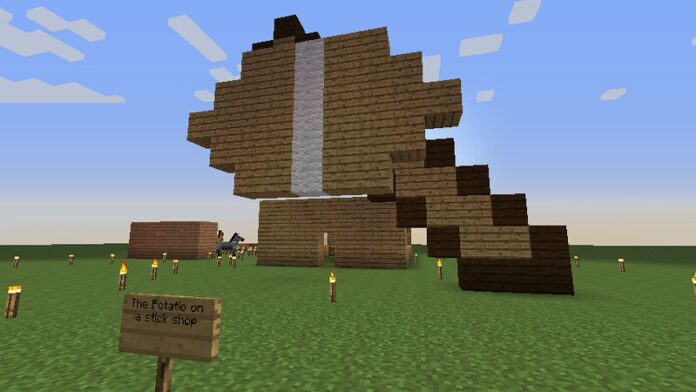 There are a lot of features in Minecraft game, and knowing about these features will give you a lot of edges while playing the game. In the game, you can also found multiple resources for crafting valuable things. Sticks are also a valuable resource used for many Minecraft operations.

The following guide will teach you how to make a stick in Minecraft.

The first purpose of stick in Minecraft is to make a different kinds of tools. Following are the name of some tools that you can make using sticks:

Using a stick in Minecraft, you can make a different kind of weapon. The weapon in which stick is used as basic ingredients are as follows:

Fueling the furnace is the next important purpose of stick in the game. Coal is primarily used as furnace fuel more efficiently and effectively than stick.

To complete different tasks, you have to move quickly around the space, and rails can help you achieve high speed. In making rails, sticks and planks are used as primary ingredients.

The importance of torches is increased at nighttime or when you have to go underground spaces in Minecraft to light things up. Without torches, the survival of a player is very difficult. You can make torches with the help of sticks and coal. Fencing Sticks are also used in crafting fences in the game. Fences are very important in Minecraft for you and your livestock protection.

If you want to do mining and spelunking in Minecraft, you can do it more easily with ladders’ help. Stick is a primary ingredient in crafting ladders. Sticks can also be used in crafting many other things in Minecraft, Like:

So, the game can be difficult for the player without sticks in the inventory. Detailed instructions for making a stick in Minecraft are provided in the following section.

How to make stick in Minecraft? (Survival Mode)

Material needed to make a stick in survival mode is as follows:

Read More: How To Craft A Bed In Minecraft? The Step-By-Step Guide

How to get a plank in Minecraft?

Making a plank is very simple in Minecraft. If a player in Minecraft spawns near a bunch of trees, then making planks is far easier.

For making a wooden plank find a tree, which can be easily found in a new world.

After completing the first step, you must start breaking the tree with your bare hand. The axe can speed up the tree-breaking process if you have it in your inventory. Do not try to break the tree other than the axe tool. You can start breaking a tree by pressing the action button.

Once you have broken the tree, you will get a log block.

Now you have got the basic ingredient necessary to make a stick. Now follow the steps written below to make stick from wooden plank:

In step one, you have to open a 2×2 crafting table in the game to make the stick.

After putting the wooden planks on the crafting table information mentioned above, you will get four sticks as a result.

Moving sticks into the player’s inventory

In the final step, you have to move this crafted stick into your inventory for use in the future.

How to make stick in Minecraft? (Creative Mode)

The second way of making a stick in Minecraft is to switch toward “creative mode” from “survival mode.”

You can quickly enter creative mode from Minecraft’s setting page. On this page, you will see an option of “Creative Mode.” In the form of creative mode, there is a button available. You will automatically enter the creative mode when you switch on this button.

Making of stick in creative mode

In creative mode, you do not need to make so much effort to add stick to your inventory. A handy feature in creative mode is present, called “Search Function.”

Following are the step to add stick into your inventory:

To make the stick simple, click on the search function.

In search results, you can see the sticks.

Just drag the sticks in your inventory and craft amazing things with them.

To debug a Minecraft stick, what steps should you take?

So, after reading this article, you get the answer to the question “How to make stick in Minecraft.” Making sticks is challenging, but after following the steps stated above, you can easily make sticks in the game.

•      Which weapon in Minecraft is the strongest?

Top 7 Industries Which Will Flourish From Metaverse

An Introduction to the Game Aut Trello

What is the specific mechanism of action of acupuncture?

Anxiety may be mitigated with a good night’s sleep.